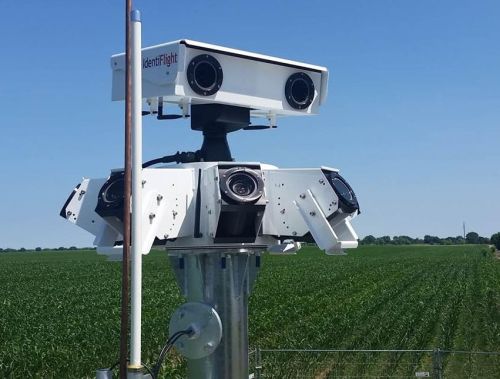 IdentiFlight (IDF) is an American camera system for preventing bird fatalities through collisions with wind turbines.

The system consists of optical camera systems combined with image processing and AI (artificial intelligence) software. The IDF system can detect a bird at a distance of up to one kilometer and is capable of identifying birds in real time. IDF aims to provide an early and needs-adapted curtailment of windturbines for the protection of endangered birds.

The IDF system is already in use in North America and Australia. In Germany the IDF system is currently undergoing validation. The performance of the IDF system with regard to the protection of endangered target species (e.g. red kite, white-tailed eagle and lesser spotted eagle) is being evaluated in detail.

The team at Oekofor, together with the team from ARSU GmbH are supervising this validation process in Germany.

IDF systems have been installed at various German test sites and data are being collected. Parallel to surveys from the IDF system, ornithologists are also on site collecting reference data. These data are compared, as one of many steps in the validation process, to assess the performance of the IDF system.

Our tasks is to prepare, analyze and visualize the data collected and compile the results in the form of a report.

erneuerbare energien europa (e3) GmbH is the contracting authority for this project. Our partner for the validation process is ARSU GmbH.